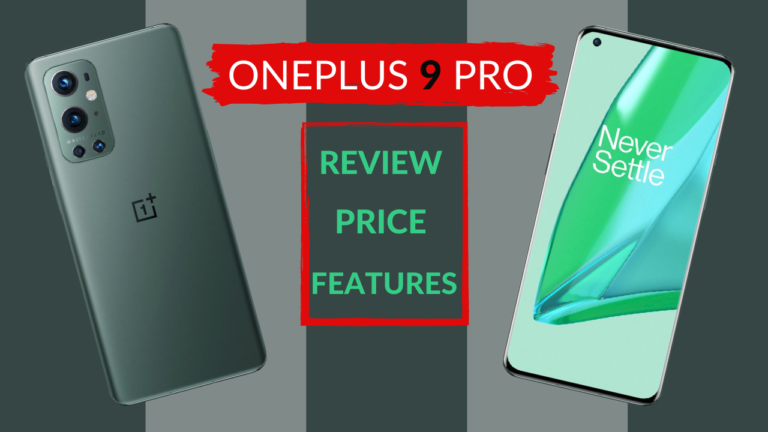 Oneplus announce its Flagship range of smartphones in India. in this series, they launched three smartphones. the buyers are very excited to know the one phones of Oneplus announced. all the models are more promising than before.

In the recently launched event, Oneplus has launched its 9th blockbuster phone which is Oneplus 9 Pro. OnePlus filled it with strong specifications. Here we will discuss this mobile feature through a detailed review. 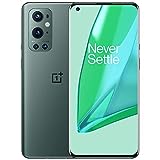 In this review, we cover the key features and share a strong judgment about the phone whether it is worth buying or not. know the facts read it till the end.

What Comes in the box of the OnePlus 9 Pro?

It is more interesting for the OnePlus 9 Pro buyer to open the new phone box. Because the flagship phone is a dream for most people and if you buy a dream phone, it is the most joyous thing. But if you are planning to buy it and want to know what else comes in the phone box, then you have come to the right place. Let’s explore the box contents below.

In India, OnePlus is one of the most well-known smartphone manufacturers. However, since the company already offers a wide range of options in different price ranges, you are only constrained by your budget. One plus 9 Pro is launched in India on 23 March 2021.

For those who want a short summary of the analysis, the OnePlus 9 Pro is just the best phone OnePlus has ever made. It’s the best smartphone that completes the manufacturer’s ascension to the top of the flagship phone table.

The smartphone is fitted with an AMOLED capacitive touchscreen and is powered by a Qualcomm Snapdragon Octa-core processor. The computer has a resolution of 1080 x 2400 pixels. The smartphone comes in two RAM variants with different internal storage variants. A non-removable Li-Po battery powers the OnePlus 9 Pro, which also features Fast Charging technology.

Let’s discover what one plus offers to its consumers in its latest one-plus 9 pro flagship series in more detail:

One plus has always been experimenting with the designs of its handset. The OnePlus 9 Pro‘s hardware design is the most streamlined and elegant that the company has ever produced. It is, without a doubt, enormous. It has a big screen that wraps around the entire body. It’s worth noting that the phone’s frame has been rounded off this time, making the handset easier to hold and gives a luxurious feel while keeping in hand.

The phone weighs around 197 grams. The length of the phone is 163.2mm with the breath being 73.6mm. It has a sleek finish with its width of 8.7 mm. The reflective back of the Morning Mist version gradually switches from Silver to Black towards the bottom.

It comes in three attractive colors. the device’s color choices are listed below.

With a 6.67-inch display, the OnePlus 9 Pro is coming up with a giant screen display. The phone has a Fluid AMOLED Display 2.0 with QHD+ resolution. The refresh rate on the screen is variable, varying from 1Hz to 120Hz. the refresh rate set manually according to need.

This smartphone can cut down its screen’s power consumption by up to 50 percent when not in use, this can make the phone more efficient in terms of battery. This one plus 9 pro has a resolution of 1440 x 3216 pixels, 20:9 ratio (525 PPI density). The latest smartphone exhibits a bezel-less punch hole layout.

This one plus 9 pro flagship series is the best camera phone under 65000. For the camera on the One-Plus 9 Pro, OnePlus has collaborated with Hasselblad. As a result of the collaboration, the unit can take better images with more accurate color reproduction. The smartphone has a quad rear camera setup.

Rear Camera Setup: On the back, there is a quad-camera setup with a 48MP main camera, a 50MP ultra-wide-angle lens, an 8MP telephoto camera, and a 2MP depth camera that can take perfect snaps. Flash is placed on the camera housing on the inner side.

Video Recording: Vide can be record from rear camera setup to these formats.

Close-ups have outstanding sharpness, and the colors are saturated in a pleasing way. Portrait mode is also very fine, despite the fact that you can’t change the degree of background defocus before or after the shot. The new Tilt-Shift shooting mode is a fun addition that can produce some unique images.

The OnePlus 9 Pro follows the same ideology and is one of the first phones in the country to feature Qualcomm’s Snapdragon 888 processor, which is combined with LPDDR5 memory and UFS 3.1 storage.

It is equipped with an Octa-core Kryo 680 processor layout, which functions at a clock speed of 2.84GHz, 2.42GHz, and 1.8GHz respectively. It also has an Adreno 660 GPU which ensures lag-free performance and takes care of graphical Requirements for the user’s end.

The phone’s gaming experience will be fantastic, the games will launch quickly, run smoothly, and a secure in-hand grip, as well as a surprisingly large and welcoming monitor.

The smartphone runs OxygenOS 11, which is based on Latest Android 11. The User Interface is simple and straightforward, with a close-to-stock Android experience.

This latest version of OxygenOS, based on Android 11, is quicker, smoother, and smarter than ever before, with new features that make one-handed operation simpler and more intuitive.OxygenOS has always been clean, elegant, and striking, as bold as it is beautiful. It’s even better now, with consumers having a more immersive and intelligent experience.

This handset is introduced with two variants in RAM. 8GB and 12GB of RAM are the two options available to its user to choose from depending upon their uses and requirements.

Increased RAM allows enhanced applications and frameworks to be more flexible, allowing users to do more with ever-evolving user interfaces.

The flagship feature for OnePlus is its patented charging technology. The phone’s 4,500mAh battery is literally split in half, which speeds up charging even more. It has a Li-Po non-removable battery.

The 4,500mAh battery is more than enough to get you through a day and a half of moderate use. it can take 45 to 50 minutes to fully recharge with 65W fast charging.

Although the battery life isn’t the best in class, the way OnePlus has designed its charging environment means it can charge phones faster than any other phones as long as you use OnePlus’ proprietary chargers.

The OnePlus Warp Charge 50w wireless charger will now wirelessly charge the 9 Pro at up to 50W, according to OnePlus. The 9 Pro also supports reverse wireless charging, allowing you to use the phone to charge other Qi-compatible devices.

It is a 65W charger that has fast charging technology. If the phone is completely dead it can completely charge the phone in nearly 45minutes.

The OnePlus 9 Pro’s audio output is also noteworthy. The bottom speaker and earpiece work together to create a high-quality stereo sound that is enhanced by Dolby Atmos. The stereo effect is excellent.

It does not have a 3.5mm audio jack. this is the most drawback of Oneplus not include an audio jack. but you can connect earphones through a Type C connector.

The phone is built up with Corning gorilla glass 5 on both front and backside. It is equipped with a frame made of aluminum. It has a high-end appearance and feels.

The gorilla glass 5 ensures better security to the screen. The OnePlus 9 Pro comes with an in-display fingerprint sensor that works flawlessly and is extremely accurate. One plus has stream-lined its device ethos and the device is dust/water resistant up to 1.5m depth for 30mins.

The OnePlus flagship features a convenient warning slider that lets you swap sound profiles on the fly, as well as IP68 certification.

The fingerprint sensor fitted in the display opticals for safety and security purposes.

The OnePlus brand gets huge publicity before launch. Most fans of the OnePlus estimate the price of the phone. They try to create more excitement for upcoming flagship phones. However, accurate price prediction is more difficult. Don’t worry, here we will share the true price of the OnePlus 9 Pro.

Note: If you want to buy from the OnePlus offline Store then the price is the same but if you buy it from any other mobile shop, then it may be priced higher due to tax or commission. But through the button, you can buy the phone directly from Amazon at the price we have told you.

OnePlus already had a strong base on which to develop the OnePlus 9 Pro. We expected it to have a newer 5G SoC, faster-wired charging, and better cameras, and it certainly does. 50W wireless charging and a more power-efficient OLED monitor are among the brand new features. With all of these upgrades, the OnePlus 9 Pro is just another powerful OnePlus flagship.

The OnePlus 9 Pro is an expensive smartphone, but it still outperforms the competition and provides a lot of value. if you want high performance with a good viewing experience then go with Oneplus 9 Pro as a next phone.

What is the price of the OnePlus 9 Pro?

Is OnePlus 9 Pro worth buying?

We will say that Oneplus 9pro is worth buying. Because it provides features like never before. It is packed with the most promising specifications and all are valued for the money. But if the price of the phone is around 55k then it would have been more interesting to buy.

When OnePlus 9 Pro will launch in India?

Is OnePlus better than iPhone?

It is the most difficult question because everyone has a choice to buy an Android and IOS phone. most of the buyers like Android and Most like IOS. if we compare an iPhone with Oneplus that both brands are launched premium phones with maximum performance but if we look at the brand value they apple costs more than Oneplus. also, iPhone has more capable than Oneplus but in Andriod-based phones, Oneplus is more worth buying other brands.

Which are better OnePlus 9 Pro and Vivo X60 Pro Plus?

If we look at the performance and Display then the OnePlus is more promising from in Display point of view, but the performance is the same in both. The Vivo x60 Pro Plus display is smaller in size than the OnePlus 9 Pro and most configurations are the same in both. Vivo also has a low charging speed and battery size.
Overall, if we spend 65000 rupees to buy phones like Vivo and OnePlus, then we consider OnePlus better than Vivo. Because it provides more value for money.