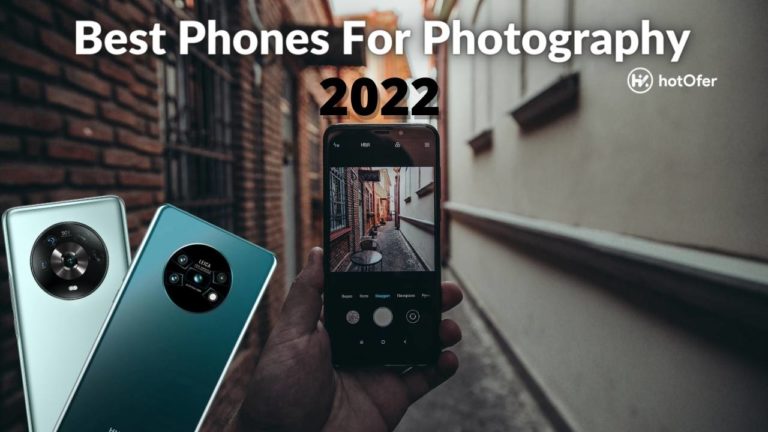 Hello Guys, if you want to know that, which phone has premium camera features and functions like DSLR cameras then you are in the right place because here we will share some of the best phones for photography in India that are considered to be the best camera phone in the world.

In the present day, most of the photographers adopt a phone instead of a bulky camera to shoot professional photos and videos because phones are easy to carry and lightweight, so they are always on the lookout for premium camera phones.

To make their research easier we are going to write this article on Best Camera Phones 2022 in India. Plus, in the end, we’ll share our preferences from these camera phones. But, you have to read the review till the end to know all the aspects of these best phones for photography.

So, let us begin the review of the best camera phones in India in 2022.

This phone is one of the best phones for photography till date, as it has an LED flash and a laser focusing module are included in the Galaxy S22 Ultra’s rear camera system. It has a Quad rear camera setup, There is a 108MP sensor in the device’s primary camera, with an F1.8 aperture, an 85° field of view, and phase-detection autofocus. A 12-megapixel ultrawide camera with an F2.2 aperture and a 120-degree field of view is included.

Apart from the rear camera, The Galaxy S22 Ultra sports a 40MP selfie camera with an 80° field of view and an F/2.2 aperture for taking selfies and video calls. The Galaxy S22 Ultra will be able to record 8K films at a frame rate of 24 fps and enable a 100X hybrid zoom.

Samsung Galaxy S22 Ultra is one of the best Samsung phones in India 2022 that comes with a premium and powerful features.

The phone includes a 12MP camera on the front, although it does not have an autofocus feature which makes it one of the best Camera Phones in India in 2022. All four cameras are capable of recording Dolby Vision HDR 4K 60fps videos. It is, however, possible to switch to a different camera while the movie is being shot at 4K at 60fps.

The photographs and videos produced by all four cameras are excellent. There is a lot of information and a large dynamic range. In addition, the colors are truer to life. Wide-angle cameras on both phones compete with each other in terms of quality in daylight.

The iPhone 13 Pro Max, on the other hand, takes better night photos than the Galaxy S21 Ultra when the default capture time is increased from 3 seconds to 10 seconds. Even in low-light settings, the iPhone’s autofocus process is faster, more dependable, and clearly visible.

The 128GB models can only record 1080p 30fps ProRes video at 30 frames per second. Cinematic Mode videos, which maintain subjects (people, dogs, and objects) in the frame automatically, can also be recorded on these new smartphones (similar to Portrait Mode for images).

Full HD 1080p at 240fps slow-motion video recording is also supported, although the quality is limited to 720p. In time-lapse films, stabilization and the Night Mode are supported.

An 11.1-megapixel front-facing camera with an F2.2 aperture is built into the display of the Google Pixel 6 Pro 5G. A 48MP telephoto camera with 4x optical zoom, as well as a 48MP ultrawide camera and a 50MP wide-angle camera, are all found on the back of the phone.

There are four different HDR modes on the phone: HDR, HDR+, Live HDR, and a dual-LED flash. With live HDRNet+, you can even capture videos in 4K resolution at 60 frames per second.

The company has also made significant advancements in software in addition to new hardware. Computational photography was already a big part of the Pixel 6 series, but the company has added some additional functions. Skin tones of all shades are taken into consideration when developing Real Tone.

When you use the Magic Eraser mode, it proposes undesired elements in your photographs that you can erase. Alternatively, you can tap on an image to erase it. Make sure you get the perfect shot of your kids, dogs, and other fast-moving subjects by using the Face Unblur function. Moving items in the backdrop are softened by using the Motion Mode.

The iPhone 13 is one of the best camera phones in the world which has got a Sensor-Shift image stabilization improvement, resulting in clearer and brighter photos and smoother videos. A 12MP ultrawide camera is included, of course.

The ultrawide camera on the Pro versions has a brighter lens and autofocus, so it may be used as a macro camera. iPhone 13 models are all able to record 4K 60fps films in Dolby Vision HDR, like the iPhone 12 series. Additionally, the telephoto camera in the iPhone 13 Pro and 13 Pro Max has a three-times-optical-zoom capability and a LiDAR sensor.

It is possible to record 4K 60fps video with all three phones’ cameras. Their rear-facing 8K 30fps cameras can also be used to film videos.

The 3,700mAh battery and 25W fast charging power the Galaxy S22. The battery gives up to 12 hours of battery backup. Reverse wireless charging is available on these devices. Samsung’s Galaxy S22 has the same three cameras as the vanilla model, a 50MP primary camera, a 12MP ultrawide camera, and a 10MP telephoto camera. It has the ability to capture 4K 60fps and 8K 30fps footage.

The OnePlus 10 Pro’s software is based on OxygenOS 12, which is an Android 12-based version. A Hasselblad-tuned camera system is included in the gadget for photography and is regarded as a DSLR quality camera phone.

Cameras on the back of the phone feature the 48 MP primary camera, a 50MP ultrawide camera, and an 8MP telephoto lens with optical zoom and image stabilization (OIS). A 32MP camera is on the front of the phone.

On top of that, it has an 80W SuperVOOC wired charger and a fast-charging 50W AirVOOC wireless charger on board. Additionally, there is a USB Type-C port as well as dual-SIM card slots and the ability to connect to 5G or 4G LTE networks via Wi-Fi or Bluetooth.

It also comes with Dolby Atmos dual speakers and an in-display fingerprint reader marking it in the list of Premium camera phones. The device will have a triple-camera imaging configuration. There will be a 48MP main camera, a backup 50MP lens, and an 8MP sensor in the camera module. OIS will be supported by the rear-facing camera.

There will be a 32-Megapixel selfie camera on the front of the phone to capture amazing selfies. The phone will have a 5,000mAh battery that gives 2 days of battery backup and supports 80W SuperVOOC wired fast charging as well as 50W AirVOOC wireless charging.

NFC, VoLTE, VoWiFi, and Bluetooth v5.2 are some of the other significant features of the gadget. Oneplus 10 Pro is one of the best premium phones under 70000 in India.

So, the review of the best phones for photography ends here, now you can buy any of the mentioned phones which suits your expectation. Also, currently, some phones are considered to be DSLR quality camera phones. Well, as our priority, we choose Samsung Galaxy S22 Ultra as one of the best phones for photography in 2022 because it has many camera functions that impress us.

What are the best camera phones in India?

There are many phones in India that have amazing camera functions and are capable of taking pictures like DSLR but here we will share the top 5 best camera phones for photography.

Which phone has best camera quality in 2022 under 1lakh rupees?