Vivo makes something really special for its loyal customers. now they recently launch its X series smartphone and this time Vivo released two Best smartphones for mid-range buyers. they feed both phones with some great and amazing specifications. this time they announce Vivo x60 5G, Vivo x60 pro 5G, and Vivo x60 pro plus.

Here we will review the most demandable phone which is Vivo X60. everything needs to know through a detailed review. Vivo X60 is a mid-range phone also a Flagship one. 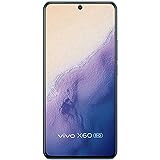 Also, we will share a strong opinion about buying. the phone provides real value for money, in the flagship range they did some really great features load.

The box of Vivo is really surprising because sometimes they pack something unplanned like a Sand cover or Earphones. that is why buyers are always curious to know the box content and are also happier to buy the phone which comes in the sale. the Vivo lovers always take care of the box as a showpiece in their own home.

Vivo has recently launched the X60 series, in India. This flagship series was first launched in China. All three phones of the X60 Series were released at the same time in India, and they feature impressive specifications such as triple and quad rear camera setups, quick charging, and high refresh rate displays. The Vivo X60 5G comes in a number of storage configurations, with a single version for the Pro+ and Pro versions.

The Vivo X60 smartphone was released on March 22, 2021. The Best smartphone that offers a full package of outstanding performance and features. The phone is slim and compact, making it easy to hold and offering a safe grip. The phone has a full-HD plus AMOLED display with a 19.8:9 aspect ratio. it has a high refresh rate on the display.

Furthermore, the phone’s screen resolution is 1080×2376 pixels, resulting in bright and crystal-clear visuals. Aside from that, Vivo’s dual-SIM smartphone will support the 5G network and allow both Nano-SIM and Nano-SIM cards.

Let’s go through the detailed Vivo mobile reviews with all its features and specifications:

The weight of the Vivo X60 is 176 grams. The phone has a sleek design with a height of 159.63mm and a thickness of 7.36mm. It has AG Glass with a satin finish. Vivo set punch-hole display for camera fitting.

the phone feels lightweight and looks awesome in the hand. the design looks trendy and sleek also all colors are more attractive in any look. The phone has come in three different colors:

they need to provide corning gorilla glass protection on both sides. this is the most common drawback of Vivo which does not provide any protection with phones.

The phone features a 6.5-inch (16.65) full-HD AMOLED display with a 19.8:9 aspect ratio and 120Hz refresh rate. Furthermore, the phone’s screen resolution is 1080×2376 pixels, resulting in bright and crystal-clear visuals. The phone has a pixel density of 398 PPI with a Capacitive Touchscreen. The device’s front features a virtually bezel-less display with curved sides that blend into the thin frame. It has an in-display fingerprint sensor.

When it comes to the camera, the Vivo X60 has a triple rear camera system on the back, as well as various features such as Zeiss optics, LED flash, panorama, HDR, Pixel Shift, and more, allowing you to capture high-quality images and videos.

Front Camera Setup: the phone has a 32-megapixel camera with an f/2.5 aperture that can capture detailed portraits, selfies, and video calls. the selfie camera fix on the punch hole of the display.

Even when it’s pitch-black outside, beautiful night shots are never too late with Vivo’s modified AI noise reduction algorithm. The corresponding focal length of the pro portrait lens is 50 mm. It sees in the same way as the human eye does, giving all of the portraits it takes a realistic feel.

The primary lens on the Pro model has a wider aperture of f/1.48 and Gimbal Stabilisation 2.0, which is the main differentiator.

The Vivo X60 Pro is equipped with an Octa-core Kryo 475 processor with clock speeds of 2.8GHz, 2.4GHz, and 1.8GHz. A Qualcomm Snapdragon 870 5G Chipset and an Adreno 620 GPU in the Vivo X60 allow for faster and lag-free performance.

Because of the powerful processor, you can play high-resolution games, browse the internet, and use multiple applications at the same time without experiencing any lag. The phone has 64bit architecture.

The Vivo X60 smartphone runs Funtouch OS 11.1, which is built on Android 11 and provides a clutter-free user interface.

The latest Funtouch OS 11 adds a few new features while maintaining a mostly white style. Vivo’s Always On Show feature has been available for a while, and Funtouch OS 11 strengthens it. Users will be able to choose from a variety of customization choices, including a wide range of colors and dynamic lighting effects.

The phone came with two variants with LPDDR5 RAM Type. The company offers 8GB and 12GB RAM to the consumers in Vivo X60 mobile. The customer can choose from these two depending upon their requirements and use.

Vivo X60 offers 128GB and 256 GB internal storage. This phone has non-expandable memory and does not have a card slot. This is because Internal storage improves the efficiency and performance of the phone.

A 4300mAh non-removable battery drives the phone. It supports 33W proprietary fast charging. This means you won’t have to worry about running out of battery while on the phone, playing a game, watching a video, listening to music, or doing other stuff.

The Li-Polymer variant is represented by the non-replaceable cell. Li-Polymer batteries have a low self-discharge rate when not in use.

It comes up with a 33 Watt charger that supports fast charging. When you can charge your gadgets easily, you can be on the move quicker and more frequently without having to hunker down to charge. It comes up with a Type C USB cable, which can be used for charging as well as for sharing files and data.

The phone provides a 5G facility as a showcase. because in India, 5G services are not ready so it is not usable. other connectivity options include are Dual 4G VoLTE support, wifi calling, dual-band wifi, Bluetooth 5, GPS, USB connectivity.

For dramatic video shows, the X60 has HDR10+ certification. It does not have a 3.5mm audio jack. Hi-Res audio certification rounds out the kit with outstanding audio quality.
It also supports HDR video replay when viewing Netflix TV shows, documentaries, and films.

The phone is light weighted and has a sleek finish. The phone has a glass back and a glass front. It is made up of an aluminum frame. The display featured normal glass protection which ensures normal safety to the screen.

But the aluminum frame is hard it is unbreakable. also, the built-up quality of the charger is not promising.it feels made up of cheap material.

Vivo X series phones are premium and flagship, which is why they cost more. These phones are made by focusing on only and only good performance and good design.

Note: You can easily buy the phone from Amazon. it is available online at the same price we have told you about. If you have to buy the phone offline, then you may have to pay 1000 or 2000 more for this, because the sometimes offline seller has to pay more tax and they also charge more commission.

The display on the Vivo X60 is very impressive, making for a beautiful visual experience. The high-end smartphone features 8GB/12GB of RAM and a gaming chipset, which will appeal to gamers.

However, the system only has a dual SIM slot, but it has no memory card slot which could be an issue for customers who choose to use MicroSD cards. The 4200mAh battery size, although compatible with Quick Charging technology, has a relatively low capacity when compared to the device’s price range.

This is all in the latest mobile review of this mid-range smartphone series launched by Vivo.

What is the price of Vivo x60 in India?

When Vivo x60 launch in India?

Vivo x60 launched in India on 25 March 2021. This is Vivo’s first phone in India to provide 5G connectivity. The Vivo x60 is packed with the most promising features in this range. They provide their buyers with all the specifications they need. The processors and RAM they fitted provide a lag-free experience. It is capable of handling all heavy tasks or gaming.

Yes, Vivo x60 comes with 5G connectivity. it is a futuristic phone made by Vivo because presently the 5G service is not rolled out in India but the services are in process and start soon.

Which is the best Vivo X60 or the Oneplus 9R?

If we compare Vivo X60 or Oneplus 9R. Both phones come in the market with good features, but both have some drawbacks. Like Oneplus 9R and Vivo x60, you do not get an expandable storage option.

Although both phones have the same RAM and ROM options. but there is a difference in the rear camera setup, Vivo has a triple camera, and Oneplus has a quad camera. Oneplus has a better setup in the camera. Vivo x60 lags behind the OnePlus 9r in battery size and fast charging speed. The rest is good in both processor and display.

If we see which phone is good, if we look at the price, Vivo 2000 is cheaper, but if OnePlus is expensive, as it gives more features.

Is Vivo X60 has quad camera?