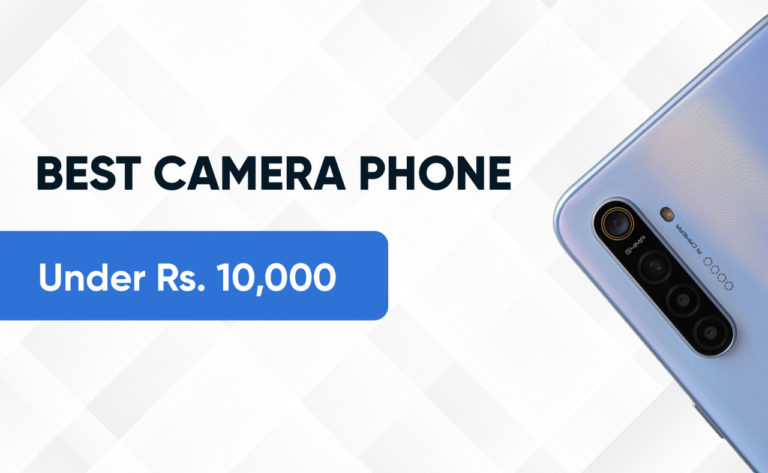 Here we are going to tell you about the top 6 best camera phones under 10000, whose camera is really good and the phones are available for purchase on Amazon and Flipkart.

So, let’s start the review of the best camera quality phone under 10000 rupees.

Under 10000 rupees finding the best camera phone in 2022 is a difficult task but Tecno makes it possible with the launch of the new Techno Spark 8 Pro smartphone. This phone has really great camera specifications which makes it a value-for-money camera phone under 10000.

The main camera record videos up to 1920×1080 at 30 fps and It can click photos in various modes like High Dynamic Range mode (HDR), night mode, professional mode, etc.

It has auto-focus features that can detect objects before capturing photos, 10 x Digital Zoom, and Face detection in the camera. the rear camera housing has a dual-LED flash.

Tecno installs an 8 MP front camera in the punch hole of the display that comes with an f/2.0 aperture, it can record videos up to 1920×1080 at 30 fps. This phone has a massive battery, good display type, and processor that makes it one of the best phones under 10000 in India.

After a long time, Micromax launches a new smartphone on the market. This time, Micromax has represented a smartphone called IN Note 1. According to Micromax, this phone is made in India that loaded with many features.

The display, processor, battery, and camera setup of this phone are the main attractions for buyers. It has a quad-camera with an LED flash on the backside of the phone, It is a perfect 4 Camera phone for under 10000 rupees.

The camera quality of Micromax IN note 1 is impressive. There were many complaints about the camera in starting, but the company fixed all the things through the update and now we can say that the camera of Note 1 is amazing.

On the backside, you will get a 48-megapixel main camera, a 5-megapixel ultra-wide lens, a 2-megapixel macro camera, and a 2-megapixel depth sensor Which you can easily take all kinds of photos. Photos are perfect in bright areas. The phone can take good pictures to a great extent, even in low light because it has an AI camera setup.

The 16 MP selfie camera is fitted in the punch hole of the display. Natural tones are found in shots taken from its front camera. You can also take a selfie in portrait mode.

If we talk about video recording, then the video can be recorded in full HD at 30 fps. The recording quality is also excellent, it can shoot at the bright spot was accurate, but the shadows and low light areas lacked clarity.

Along with cameras, This phone comes with 4/6GB RAM and 64/128GB ROM variants. In this, you get a MediaTek Helio G85 Processor, which assures a strong performance that handles heavy gaming and multitasking smoothly. Also, a 5000 mAh Li-Polymer Battery has been used in the phone that gives you a two-days battery backup in normal use.

On the other hand, it also supports 18 Watt fast charging. Talking about the phone’s display, it has a 6.67-inch Full HD Plus panel, The display quality is quite attractive. You get stock Android on the phone, as it runs on the Android 10 operating system which makes it one of the best stock android phones under 10000 rupees.

In the budget range segment, Motorola focus to make a sturdy phone with a big battery and good cameras, the new Motorola E40 comes under this category, it has a triple rear camera that has a 48 MP main camera with an f/1.79 aperture. It has a feature of digital zoom, face detection, auto flash, touch to focus, and HDR shooting mode.

On the front side, it has an 8 MP selfie camera with an f/2.0 aperture that is settled into the punch hole of the display and it also can shoot videos up to 1920×1080 at 30 fps. This camera setup can take normal photos in low light but can capture awesome photos in daylight with proper detailing.

Along with the camera setup, this phone has amazing features which make it worth buying at this price point, it is packed with a 5000 mAh massive battery that gives 2 days of battery backup in normal use.

Samsung Galaxy F22 is a great phone that comes under 10000 rupees, it has 4 main reasons to buy this, first, its display which is Super AMOLED display with 90 Hz refresh rate, second, its battery which is 6000 mAh massive battery that gives 3 days of battery backup in normal use, third, it’s MediaTek Helio G80 processor which runs heavy tasks smoothly and last camera setup that has quad cameras on the backside.

The main camera featured lots of modes and features like 10 x Digital Zoom, Auto Flash, Face detection, and Touch to focus and Continuos Shooting, High Dynamic Range mode (HDR). It can record videos up to 1920×1080 at 30 fps.

Also, It has a 13 MP front camera with an f/2.2 aperture. the front camera takes really good photos in daylight but it decreases the details in low light and it can shoot videos up to 1920×1080 at 30 fps.

The next phone in the list of the Best Mobile Under 10000 With Best Camera is Redmi 10, it is a perfect budget phone that dominate under 10000 rupees phones in 2022. It comes with a dual rear camera setup which has a 50 MP Wide Angle, a Primary Camera with an f/1.8, aperture, and a 2 MP Depth Camera with an f/2.4 aperture.

With the main camera, it can able to shoot videos up to 1920×1080 at 30 fps and click phones with different-different modes. It has an LED flash on the rear camera housing to take better photos in low-light areas.

Also, Redmi installs a good selfie camera to take impressive and clear selfies, it has a 5 MP front camera with an f/2.2 aperture. It can shoot videos up to 1920×1080 at 30 fps.

Along with the camera, it is other specs that make it a value-for-money Redmi smartphone under 10000 rupees like a 6000 mAh massive battery that gives 50 hours of battery backup and it supports 18 watts of fast charging that charge this phone from 0 to 100% in 1 hour 35 minutes.

Motorola focused on budget range phones these days that’s why they launched back-to-back phones in this segment, its new phone Moto G22 is loaded with many features and it creates hype in the market with its demanding features.

Its selfie camera has a 16 MP resolution with an f/2.45 aperture, it can shoot up to full HD (1080p) videos at 30 fps. The camera and battery are key specifications of this phone as it has a 5000 mAh battery capacity that drives the phone for up to 2 days on a single charge and supports 20 watts turbocharging which charge this in 1 hour.

All these phones are for those who are on a very tight budget. Still, they want good Camera phones under 10000. Along with the camera, these phones have amazing features like a big battery that gives strong battery backup, a good display type that is capable to stream HD content, and a strong processor that is capable of running heavy tasks throughout the day.

It would be perfectly right to say that all the phones will meet the wishes of Indian customers. so, guys, if you like this article then share it with your friends and share your feedback in the comment section.

Which mobiles are best for photography under 10000?

List of the best phones for photography under 10000 in India.